Behind The Scenes At Photoshop World

Back after another great Photoshop World. This was my 20th time teaching there and it was a lot of fun as always. This years theme was based on the band KISS, (only called NAPP) and Scott and the band pulled of an incredible opening once again with a hilarious movie on the history of their Photoshop loving rock band. 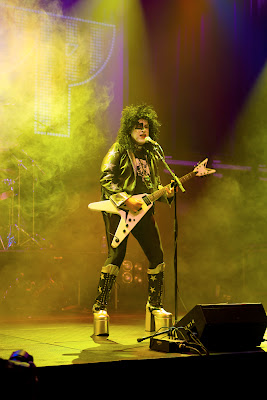 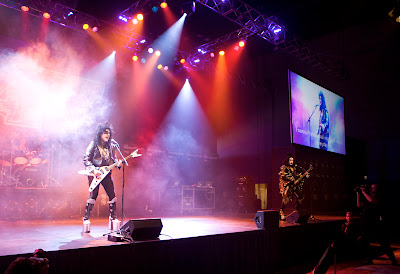 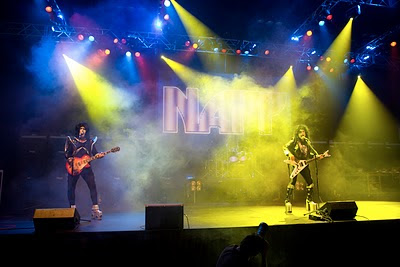 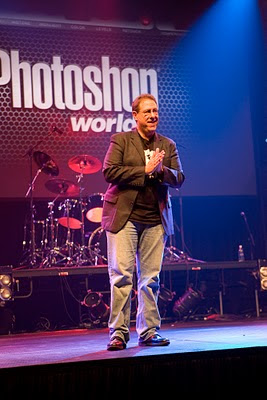 After a quick change of clothes, Scott opens the show to the large crowd at the Orlando Convention Center. 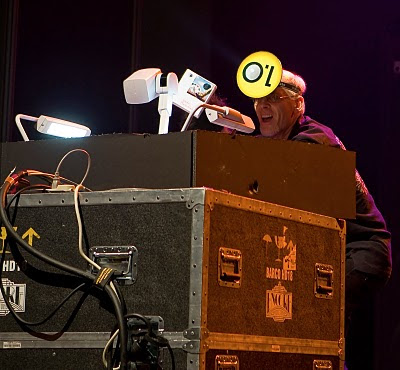 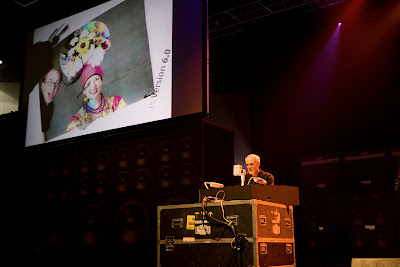 Adobe Creative Director Russell Brown stole the show with his over head projector review of the 20 year history of Photoshop. It was pure genius.

The live digital camera shooting track had the largest groups we have ever had. Helene's class on Posing and Lighting in Portrait Photography was standing room only. 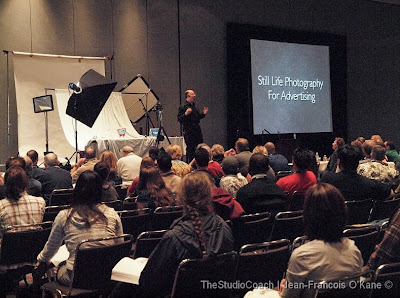 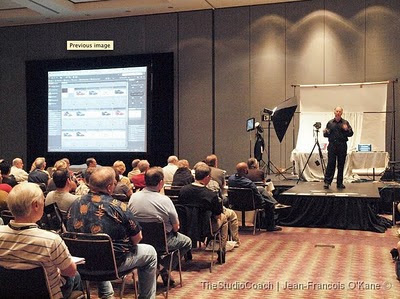 I started the set with a live still life shoot set up and displayed how to custom profile your camera and shoot with a tilt shift lens. 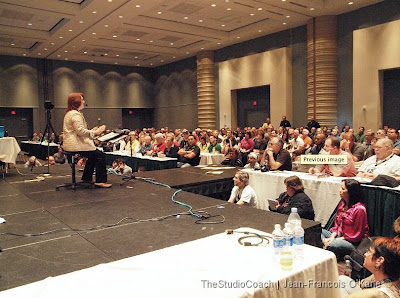 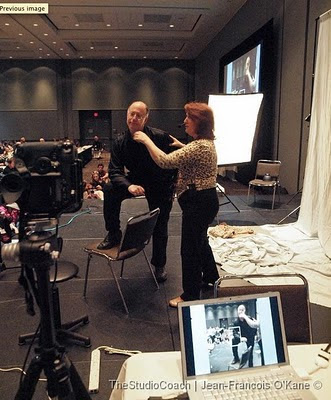 Helene used me as a model to show some posing techniques and then followed it with posing 20 attendees on stage in a large group shot. We used the live video feed from the Canon 1Ds Mark III camera to project up the big screens so everyone could see better. Worked really great! 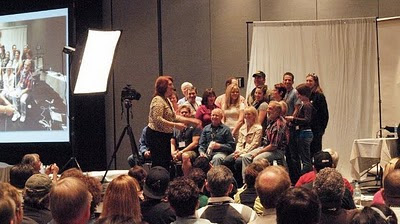 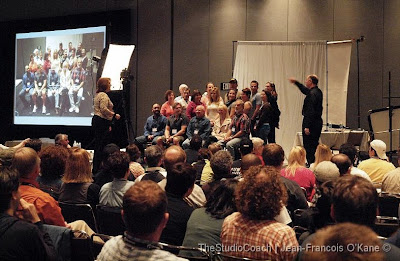 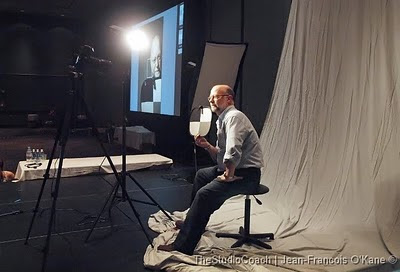 Thanks to Jean-Francois O'Kane, The Studio Coach http://www.thestudiocoach.com for all the help on stage and most of these behind the scene photos. Booth Photo provided all the studio lights and equipment. http://www.boothphoto.com 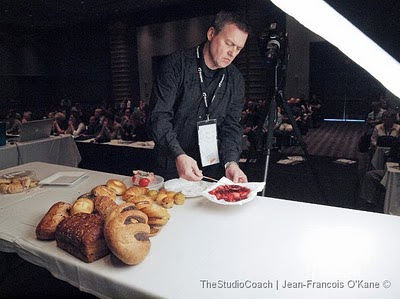 Joe Glyda then followed up with a live food shoot. This alway is a big hit with the conference. 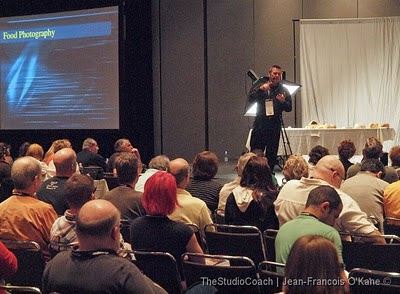 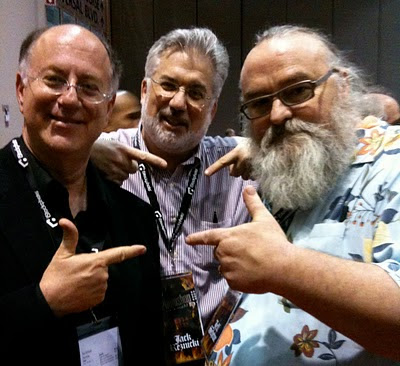 The I-Phone is great for taking snapshots while hanging out at the trade show with Photoshop World instructors Jack Reznicki and Jeff Schewe. 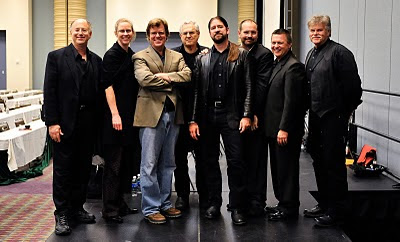 Hosting the Art of Digital Photography panel is one of the big highlights for me at the show. I think this years presentation was the best we have ever had with our group of photographers. Can't wait till the west coast show..... See you there!...
Posted by Jim DiVitale at 9:47 PM No comments: 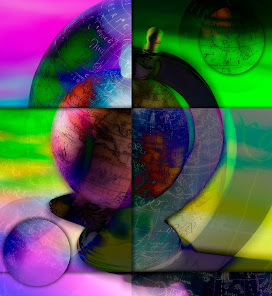 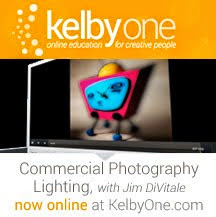 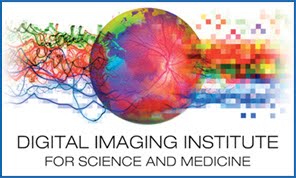 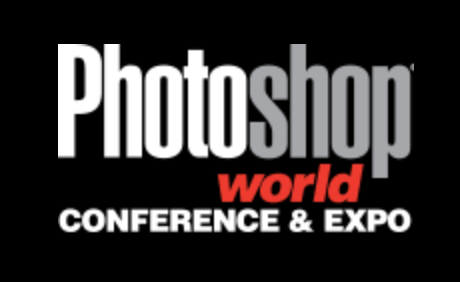 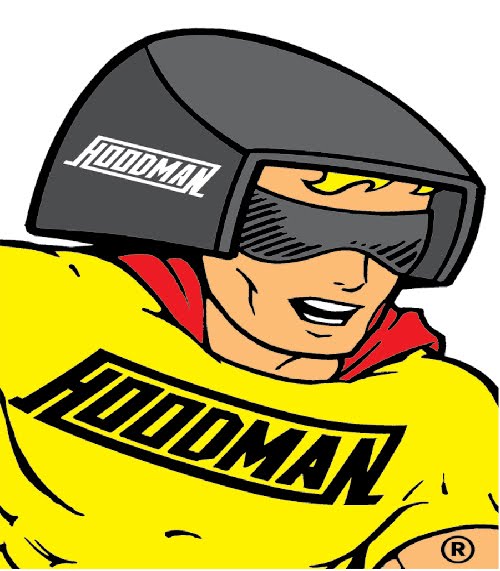 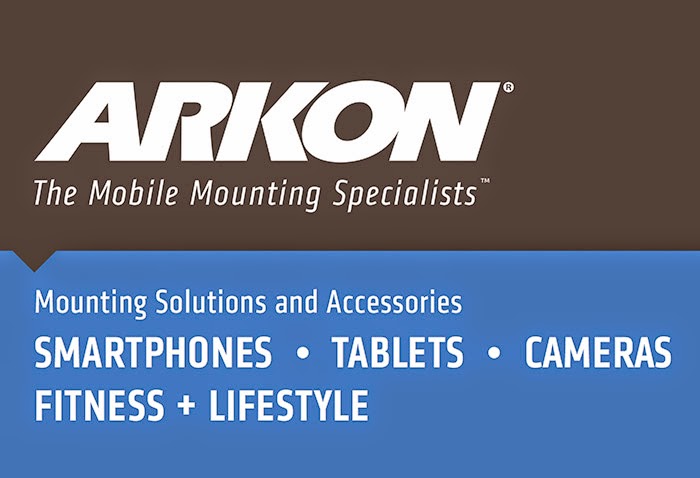